Harvard MBA Founded Startup, TagHive Inc., Transforms over 500 Classrooms with over 10,000 Students in South Korea in less than a year with ClassKey: Patented Classroom Clicker Solution 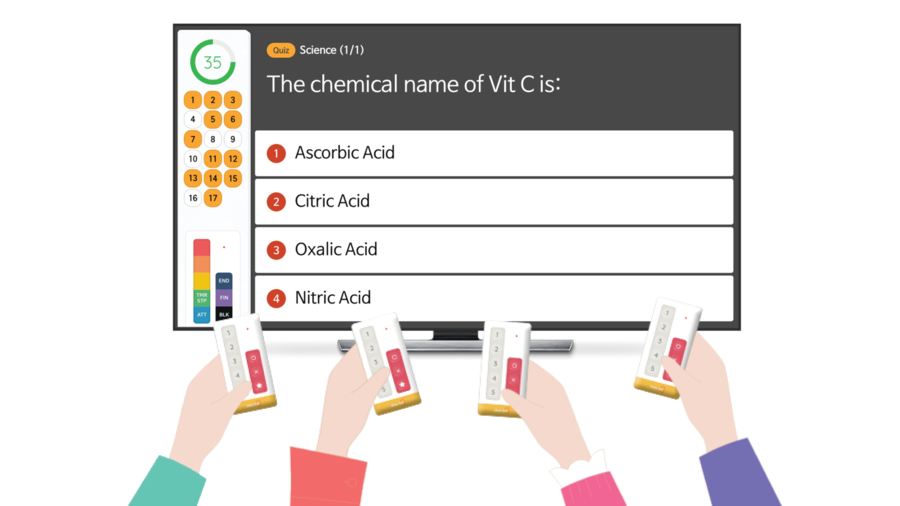 TagHive Inc. launched ClassKey in Korean schools in June 2019 in partnership with I-Scream Media and in less than a year expanded to over 500 schools.

SEONGNAM-CITY, KOREA, November 24, 2020 /24-7PressRelease/ — Can classrooms be as interactive as it was in pre-Covid times? ClassKey, an easy to use classroom clicker solution, may be the answer. ClassKey is made by TagHive Inc., a Samsung funded company based in South Korea.

Student Response Systems (SRS) or more popularly known as clickers have proven to be effective pedagogical tools to make classrooms more interactive and drive up the participation of all the students. Every student, shy or not, gets a voice. With clickers, teachers are able to focus more on teaching and less on administrative tasks like collecting attendance and disciplining the class.

Speaking on touching the 500 schools mark in Korea, TagHive’s Founder & CEO, Pankaj Agarwal said, “When it comes to Innovation in Education, Korea is at the leading edge. We are glad to see such a rapid adoption of ClassKey, a powerful tool in democratizing education and in empowering teachers to teach better. Teachers and Students both love ClassKey and we are excited to continue serving them. Even schools love them because it is not very expensive.”

TagHive had recently signed an MoU with the Government of Madhya Pradesh state in India to deploy the its clicker solution (called Class Saathi) across 2,000 schools in over 50 districts of the state.

Founded in 2017, TagHive is on a mission to increase the effectiveness of learning and teaching. The start-up closed its last funding round in June, valuing TagHive at $10 million.

Incorporated in April 2017, TagHive Inc. is a Samsung funded, education technology company headquartered in South Korea and with corporate infrastructure and operations in India. The ed-tech startup is founded by Mr. Pankaj Agarwal, an IIT Kanpur graduate with an MBA from the Harvard Business School.

TagHive offers clicker-based classroom response systems and AI powered at-home learning app under the ‘Class Saathi’ brand in India and under the ‘ClassKey’ brand elsewhere. This mobile and desktop enabled smart and low-cost classroom technology solution is currently being used in over 500 K-12 schools in Korea alone. Also, over 150,000 students have already benefited from Class Saathi at-home learning app, which, for now, caters to students from Class 6 to Class 10.

Currently, TagHive owns 16 registered patents and trademarks and more than 10 IPs are in the pipeline. The EdTech Company raised its latest round of investment at US$10M valuation.