KENNEDALE, TX, September 05, 2019 /24-7PressRelease/ — Citing an increasingly restrictive code and a continuous acrimonious relationship with the city, a group of business owners, employees, and residents of the city have banded together to offer what they call “a new and principled path” for growth in their community.

“Recent decisions made by city leaders appear to be influenced more by those in power than by the people who pay the majority of the taxes here,” said Joe Palmer, Executive Director of the new group, called the Kennedale Alliance of Business Owners (KABO).

“The city has spent millions of taxpayer dollars fighting its own local taxpaying businesses, and the community is no better off for it,” said Palmer.

“The racetrack was strong-armed into closing, and Kennedale’s only Fortune 500 company, an auto recycler, has also been threatened with closure,” added Palmer. If the city had been successful in that, they would have created another large tract of vacant land, which would have cost local people good-paying jobs and decreased the city’s already precarious tax base.”

“While neighboring cities are booming with new development, the City of Kennedale kills its own economy by enacting inconsistent ordinances and, in some cases, by rescinding previously granted certificates of occupancy,” said Palmer.

“Our goal is to share a dynamic and principled perspective that honors Kennedale’s rich history as a home to industry, recognizing our multitude of small and medium sized taxpaying businesses,” continued Palmer, who maintains that the small municipality which was settled in the 1860’s is now poised to grow if the leadership will stop trying to modify the city’s composition. “Running industry out of town in favor of the prospect of high-density living quarters isn’t just recklessly irresponsible, it is a clear and drastic deviation from the direction that this community has known for decades. Families have relied on these businesses for stable income. Kennedale residents have reaped the benefits of having these businesses as neighbors through the diversification of the tax base,” added Palmer.

Kennedale is also currently considering issuing new debt, without specific projects, which would create a “piggy bank” for the city, while making the ad valorem city tax rate one of the highest in North Texas, the members say. This seems especially important since in the last few years a million-dollar discrepancy was discovered in the books by the city’s auditor, who also stated the city needed better financial controls. Every citizen should be asking “Why are we letting them issue another $2 million in debt when they’ve proven they can’t manage the city’s budget?”, Palmer says, adding “We should hear from the auditors that the requested controls have been put in place before new debt of that size is considered.”

About Kennedale Alliance of Business Owners

KABO’s mission is to give members of Kennedale’s business community and its residents an advocate in dealing the city and to keep businesses informed about issues that affect them. Anyone who owns a business in Kennedale or works for a business in Kennedale is eligible to join. Dues are $20 annually and membership in the group is confidential. The group will hold its first meeting in the coming weeks. To inquire about membership or to learn more about KABO’s mission, contact Executive Director Joe Palmer at (817) 903-5320 or by email at [email protected]. 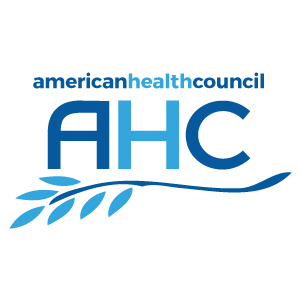