Co-written by Mazuradi & XY LATU, a finalist from X-Factor, says "Renovate samples a generic pop hit feel on its verses, but spiritually, the track is closer to Beyonce's hit track 7/11." Mazuradi also mentions "The lyrics convey a similar message to The Pussy Cat Dolls hit song "Dont Ya."

Lily Jay is an internationally renowned singer, dancer, model and social media sensation who has grown popular on Instagram (@LilyJay.Official) for posting lifestyle and fashion photos. Her account has earned more than 300,000 followers since its inception. Lily has starred in Live shows, such as the hit musical "Chicago" and the Tony Award winning show "Hairspray." She has also been featured as a finalist in the popular TV show, "So You Think You Can Dance."

Mazuradi begins "Renovate" with his first rap verse, while Lily does the majority of the heavy lifting on this spicy single, handling chorus duties and most verses.

The video is directed by Tim Carr who works closely with Universal Studios and director Shanon Hound. First, you find Lily stepping out of her brand new red Ferrari California surrounded by many beautiful women dancing and partying. The clip is shot in different locations, including at the "Truth Night Club" in surfers' paradise and around the beautiful Gold Coast skyline and coast line.

Producers have not spared a cent with the music video showcasing over 1 million dollars worth of cars including the new convertible Ferrari California. Lily is seen dressed in various tight outfits and very flattering knee high boots with many outfit changes throughout.

Hit Music Studios, Sony Music and fans have declared "Renovate" as a potential Song of Spring in Australia. 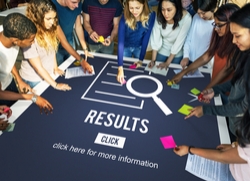 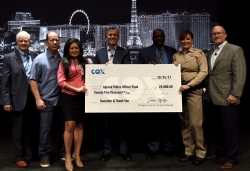 Boss Orders “Hit” 25 Years in the Making – All New Show